OMIClear assumes the role of Settlement System of the cleared positions. All the details concerning the procedures and timings of the financial settlement carried out by OMIClear are included in its Instruction B08/2014 - Financial Settlement (available for download here).

Under the Ancillary System role: 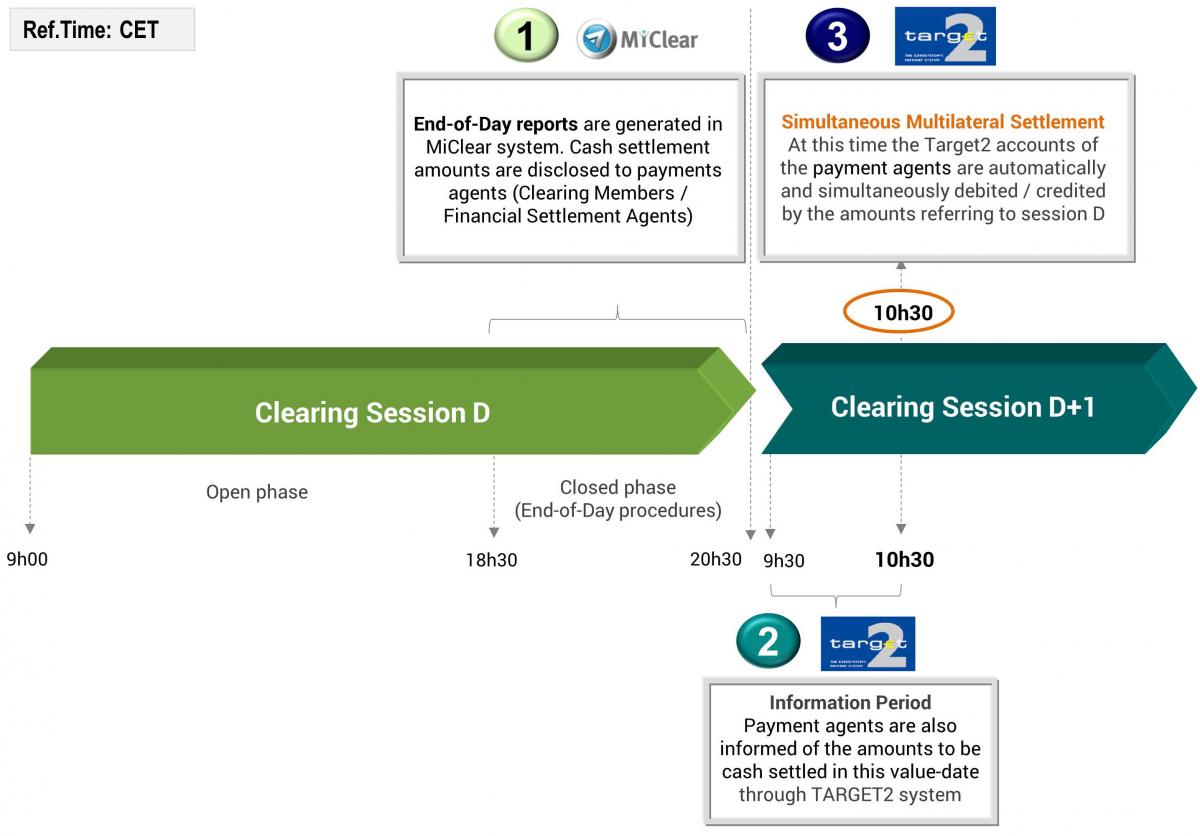