On October 31st 2014, following the implementation of Regulation (EU) N.º 648/2012 of the European Parliament and of the Council of 4 July 2012 on OTC derivatives, central counterparties and trade repositories (EMIR) OMIClear was granted a specific approval from the EMIR College to act as an ‘authorised CCP’  to provide clearing services in Europe.

OMIClear is included in the list of central counterparties authorised to offer services and activities in the European Union in accordance with EMIR, published by ESMA and is member of the European Association of CCP Clearing Houses (EACH).

CMVM is the ‘national competent authority’, assuming the role of the ongoing supervision of OMIClear’s activity and compliance with the obligations laid down in EMIR regulation.

OMIClear strives to provide the clearing and settlement services with excellence, professionalism and following the best practices. 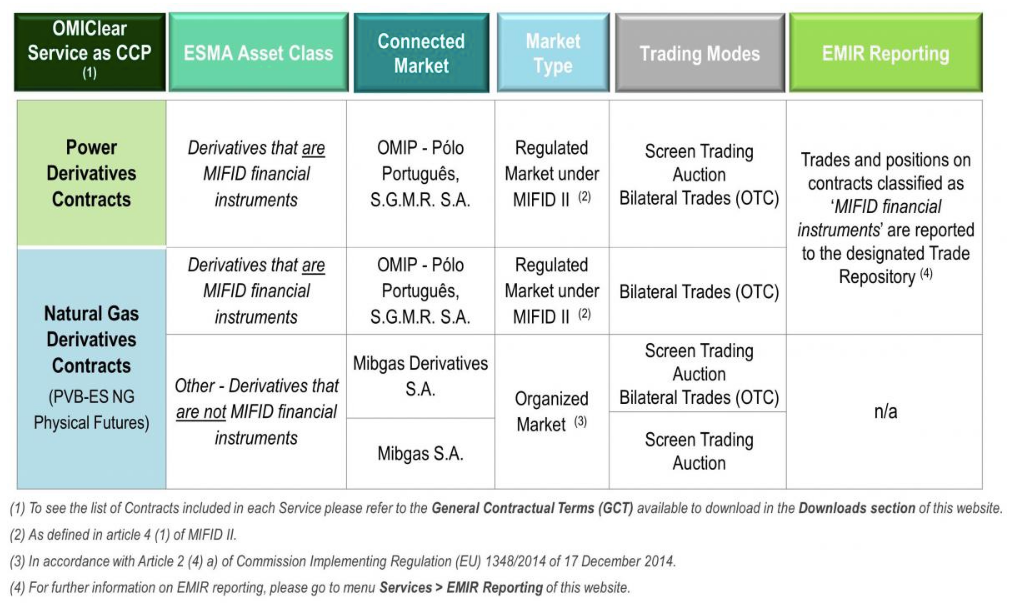